We were pleased to offer 48 bulls for sale. We are much appreciative of existing and new buyer support to sell 41 at auction and 3 post sale to average $7,488
Top price being $14,000 Lot 22 Q182 purchased by repeat buyer Marcollat Pastoral, Marcollat SA. 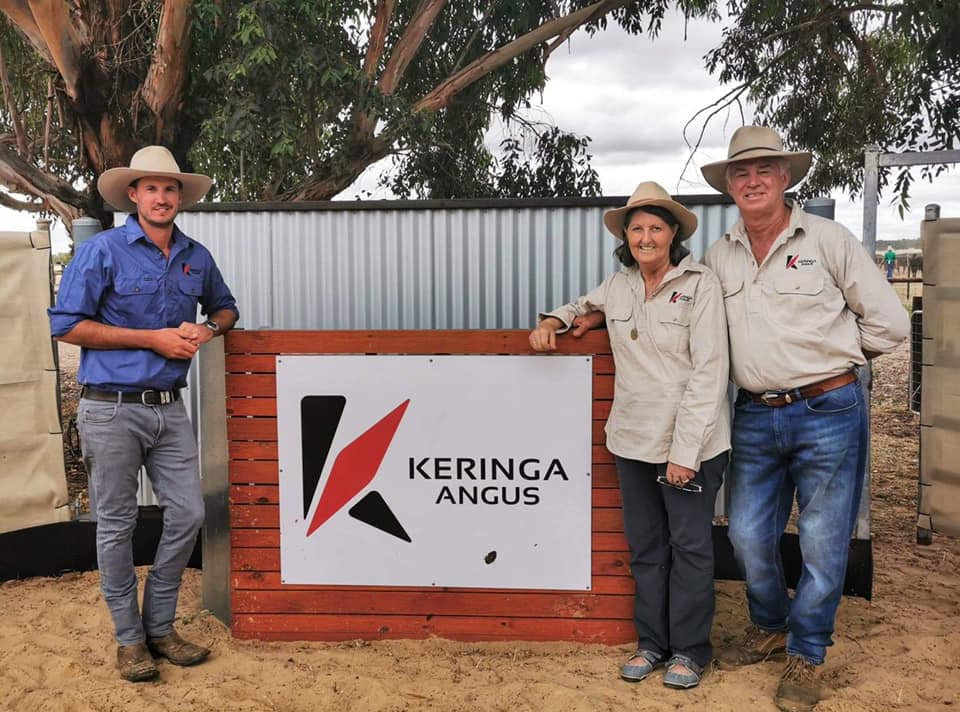 PRICES and interest continued to climb at the third annual on-property sale of Keringa Angus at Culburra on Saturday.

The top price was paid by repeat buyer Marcollat Pastoral, Marcollat, which also paid the top price twice last year, and generally buys at the top end of the Keringa catalogue.

It also had an average daily gain of 1.38 kilograms. 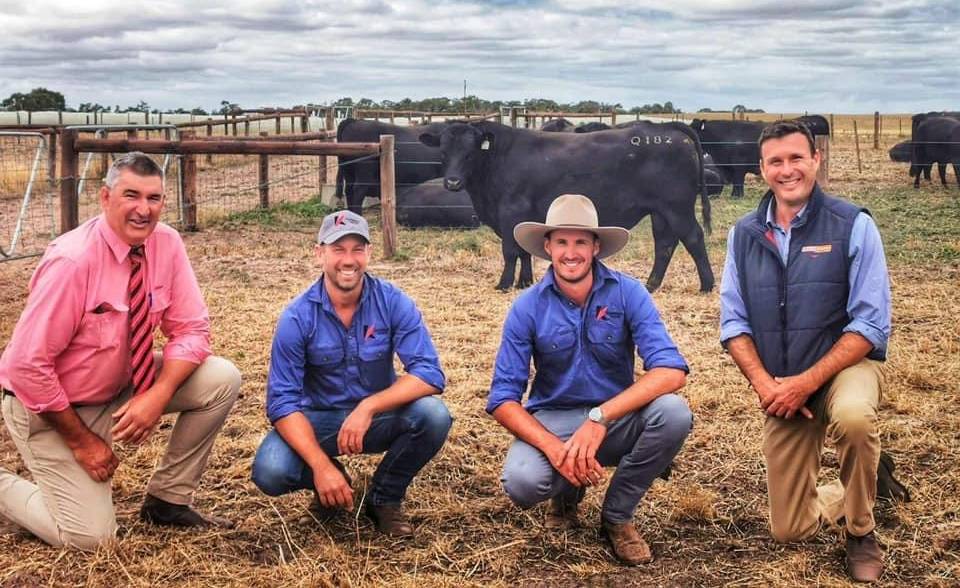 The bull was sired by the $85,000 Nampara Liberty, the same bull as last year’s equal top price bull – also bought by Marcollat. Mr Walker said it also came from a very strong maternal background, with its dam – Willow Fields Mona K106 – going into his donor program this season.

“It has a very good presence and is very well-balanced,” Mr Walker said.

Marcollat Pastoral bought four bulls in total, for an average price of $10,000.

With the quality continuing throughout the catalogue, lot 46, Keringa Marlon Brando Q257, sold at $13,500 to Hillcrest Pastoral, Conkar Park.

Across the Conkar Park and Conkar Downs properties, Hillcrest Pastoral was the sale’s volume buyer, taking home eight bulls for an average $9313.

Another two bulls sold at $12,000, with one bought by TFI Rural and the other sold through AuctionsPlus. TFI Rural bought four in total, averaging $9000.

Also among the volume buyers was Kangaringa Pastoral, Keith, which took home seven bulls to $8000, averaging $5214.
Platinum Livestock’s Adam Bradley said the sale had been growing quickly across its three years, with 15 new registered buyers.

“People come along, drawn to the fact that the bulls are ready to work,” he said.

“The cattle are getting better year-on-year, which is a credit to the investment put in across the past 10 years.”