KERINGA Angus achieved a significant rise in clearance at its second on-property sale at Culburra on Saturday, with commercial breeders realising the quality of the offering and snapping up 19 more bulls than last year. 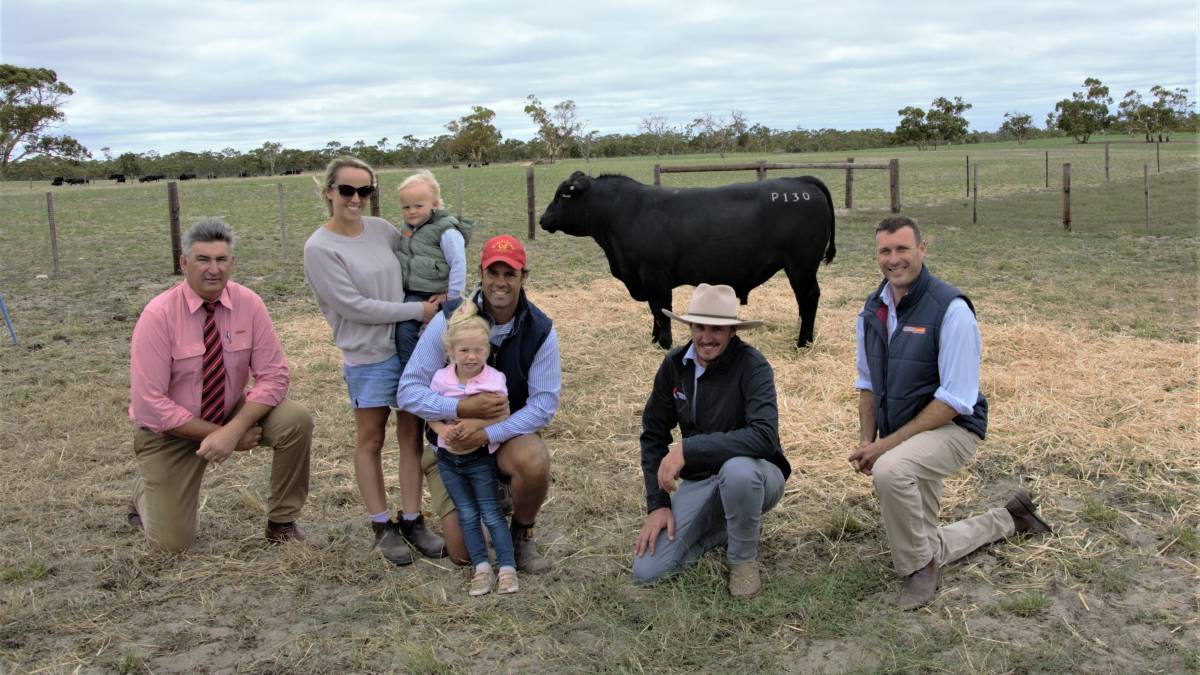 Liberty P4 was born early, and from a very low birthweight of just 27 kilograms hit the ground running and never looked back. It boasted estimated breeding values of +3.6 for birthweight, +45 for 200-day weight, +85 for 400-day weight and +114 for 600-day weight.

Both $8000 bulls were knocked down to George Verco, Marcollat Pastoral, who bought four bulls in total, averaging $7000.

Marcollat Pastoral has been buying top-end Keringa bulls for three years, selecting on phenotype first and then chasing calving ease, high growth and positive fats. They join 650 females and have increased heifer numbers to join this year as they can see the improvement in their cattle.

Nampara Liberty L21 had a big impact on this year’s Keringa line-up, with 23 sons catalogued. Eleven sons of Spickler Chisum were on offer, along with nine by Karoo D62 Docklands K153.

Keringa stud principal Trent Walker said he was pleased the good feedback he had received about the line-up translated into a strong clearance.

“It was pleasing to have a good clearance with no pastoral orders, with bulls selling predominately from the Adelaide Hills to throughout the South East to return and new clients,” he said.

Elders Keith were the settling agents, with Laryn Gogel the auctioneer. “The offering was a good run of industry acceptable bulls with the offering focusing on younger spring-drop bulls becoming more accepted by buyers,” Mr Gogel said.

“It was a good result for only the second sale for Keringa and they really are in a strong position moving forward with large numbers and an excellent cow herd. They are doing a large embryo transfer and artificial breeding program.”

He said it was a credit to Keringa that it had a large number of quality Nampara Liberty L21 sons throughout the catalogue, three years after buying the stud sire.