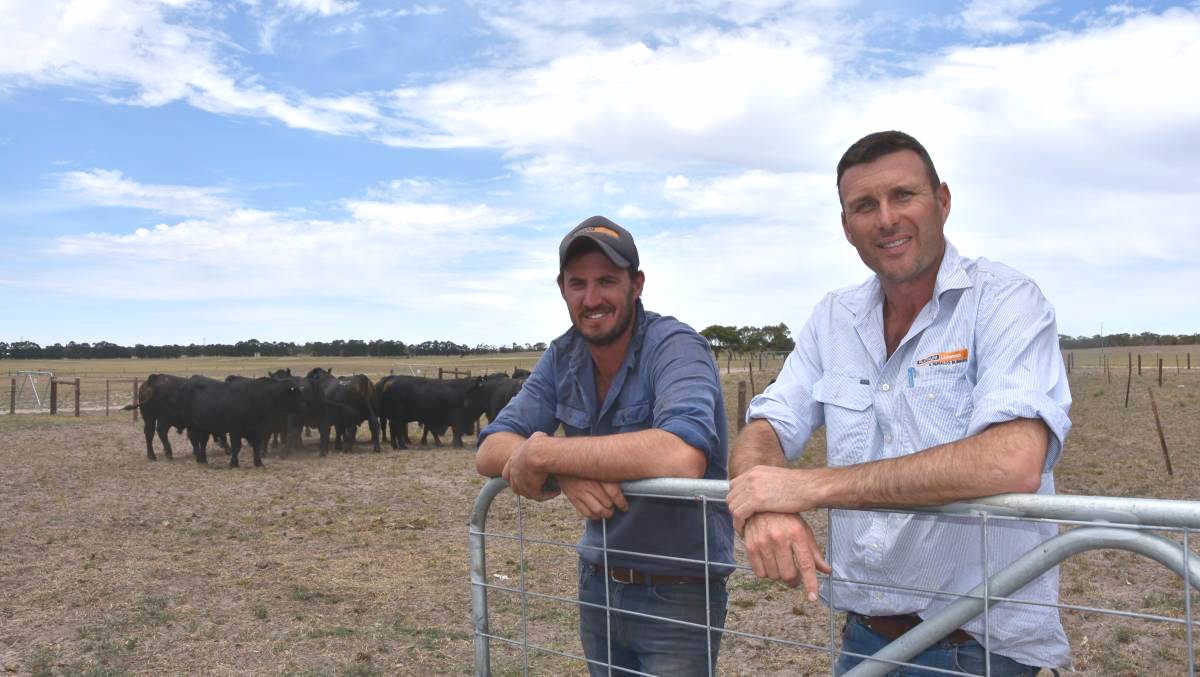 A decade on, he will hold his inaugural bull sale next month at Culburra with an impressive line-up of  14 rising two-year-old bulls and 48 spring 2017 drops on offer. Among the major bloodlines represented are Carabar Docklands D62 and EF Complement 8088.

Since relocating the stud from the Mallee to Upper South East four years ago it has grown exponentially to have more than 500 registered calves born this year.

Keringa has been selling about 100 bulls a year with spring and autumn field days and in the paddock, but Mr Walker wanted to give potential buyers equal opportunity to compete for the bulls. ‘We’ve got to a point where we have the number of bulls that we can justify getting everyone here on one day and everyone gets a fair look at all the bulls,” he said.

Keringa stud was established in 2008 with embryos from Bull Oak Well stud, Pinnaroo.

Foundation females were added from numerous studs including Irelands Angus and Millah Murrah with Mr Walker paying five figures for some. The Adelaide-Hills based Willowfields herd was bought gradually from 2010 to 2015.

Over the years Keringa has proliferated these elite genetics through extensive embryo transfer programs, including 200 embryos implanted late last year.

Mr Walker says the stud is commercially focused, run in conjunction with 1000 commercial females and a 700-head feedlot. “We focus on phenotype a lot in the stud looking for structurally sound bulls with a bit of extra muscle, growth and length and we run them in large contemporary groups at high stocking rates,” he said.

“We want a multi-purpose bull that can be used in a number of different areas around Australia. We have the property here and the property at Camperdown and we’ve run cattle up on the Birdsville Track as well.”

Into the future Mr Walker hopes to buy back more of his clients’ calves and track their feedlot performance. Platinum Livestock agent Adam Bradley, who has been working with the stud for the past five years, says there has been a “massive leap” forward in recent times.

Mr Bradley said the cattle were noted for their commercial performance and docile temperament. “You can see the significant investment in the cattle and it is only going to get better from here,” he said.