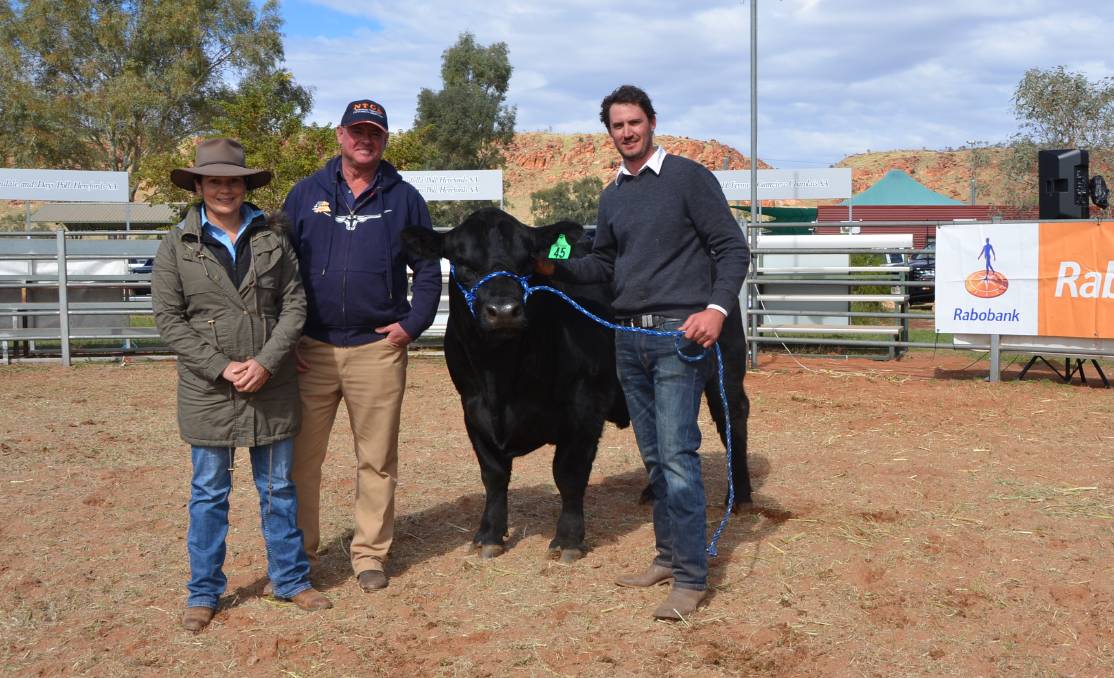 The Seymours have a grazing licence of 2000 square kilometres, which is part of the Haasts Bluff Aboriginal Land Trust, 250 kilometres west of Alice Springs

“It’s a 12-year renewable licence, so it’s a great way to get into the industry,” Mr Seymour said.

Mr Seymour runs about 1300 Hereford and Santa cows, which are joined to Keringa Angus sires, with about 35 bulls being used in the operation. He’d always planned to use Hereford breeders, as the black baldy progeny is in demand in the area. He was born at Alice Springs and worked on many cattle stations in the area, but has also had a long career as an aircraft engineer. The Seymours started their herd about five years ago, when they bought their first Keringa bull from the Alice Springs Show multi-vendor bull sale.

“We started purchasing our first Hereford cows at the same time,” Mr Seymour said. “The black baldies have got a good name, and get good prices through the sales.

“We’ve bought some very good bulls from Keringa with very good EBVs (estimated breeding values), and we’ve gone for quality in our calves rather than numbers.”

“The weaners predominantly go south into feedlots or to backgrounders, and we’ve had positive feedback from purchasers.”

The Seymours also take the time to yard wean and paddock wean to make sure the calves are ready to perform for purchasers.

“We’ve gone for quality in our calves rather than numbers.”

“This year we started weaning at six months, but we’ll probably go a bit earlier next year because we’re expecting the dry to continue,” Mr Seymour said.

“We like to put them in the sale at 300 kilograms or more, up to 350kg, and still milk-tooth. “We have a good range of pastures, with buffel and native grasses, spinifex and button grass. “We don’t feed the cattle, unless they’re in the yards and we’re weaning or handling them.”

Focusing on strong growth rates in the genetics is paying off when it comes to the calves’ performance off grass.

“All they get is a urea block when it’s dry, and the calves are pretty good at meeting the weights.

“We like to get cattle off as quickly as we can.”

The next step for the Seymours is building numbers by retaining the black baldy heifers.

“In the past we’ve sold all our heifers, but now we’re looking at keeping some heifers and rotate some of the older cows.